Fishing on the East Cape continues to be a bit tough for certain species, but continues to be great for others.  As has been the case almost all year, the dorado fishing has been very slow.  Mostly due to the warmer waters we are experiencing during this “Super El Niño” year.  The warmer waters have pushed the dorado to the north and California is actually having their best dorado bite in quite some time.  It feels a little strange as dorado has always been a mainstay in the East Cape, something we could count on even when it was slow for other species.  The last three years as we have seen warmer and warmer water temperatures, we have seen the dorado move out of the Sea of Cortez and follow the California current north into cooler waters.

While it has been a slow season for dorado so far, we are experiencing one of our best seasons for blue marlin and wahoo.  This week we continue to see good numbers on blue marlin, striped marlin and sailfish.  The wahoo bite this week continued to be strong, but we did see a small decline in the numbers landed.  This has been a nice surprise to most anglers as many have never landed a wahoo and are now getting multiple shots at them.

The roosters have also been around these past few weeks with some anglers like Joey Krys (pictured below) landing multiple big roosters in one day.   The roosters have been around La Ribera and Lighthouse point to the south and some north near Pescadero.  This is a really good time to catch a big rooster, if you’ve never caught one before.  They are truly a beautiful fish and are a blast to catch!  Remember that they are strictly a release fish, so practice CPR (catch, photograph and release).

A few of the other species we have seen these past two weeks include blue marlin, striped marlin, sailfish, roosterfish, dorado, tuna wahoo, pargo, and jacks.  One of our boats "La Hielera" landed two very nice pargo while anchored in front of the hotel.  The captain told me that they were just cleaning the boat and desided to drop a few lines down (see Pictures below).  That’s it for this week amigos!  Eddie Dalmau/Baja’s Van Wormer Resorts 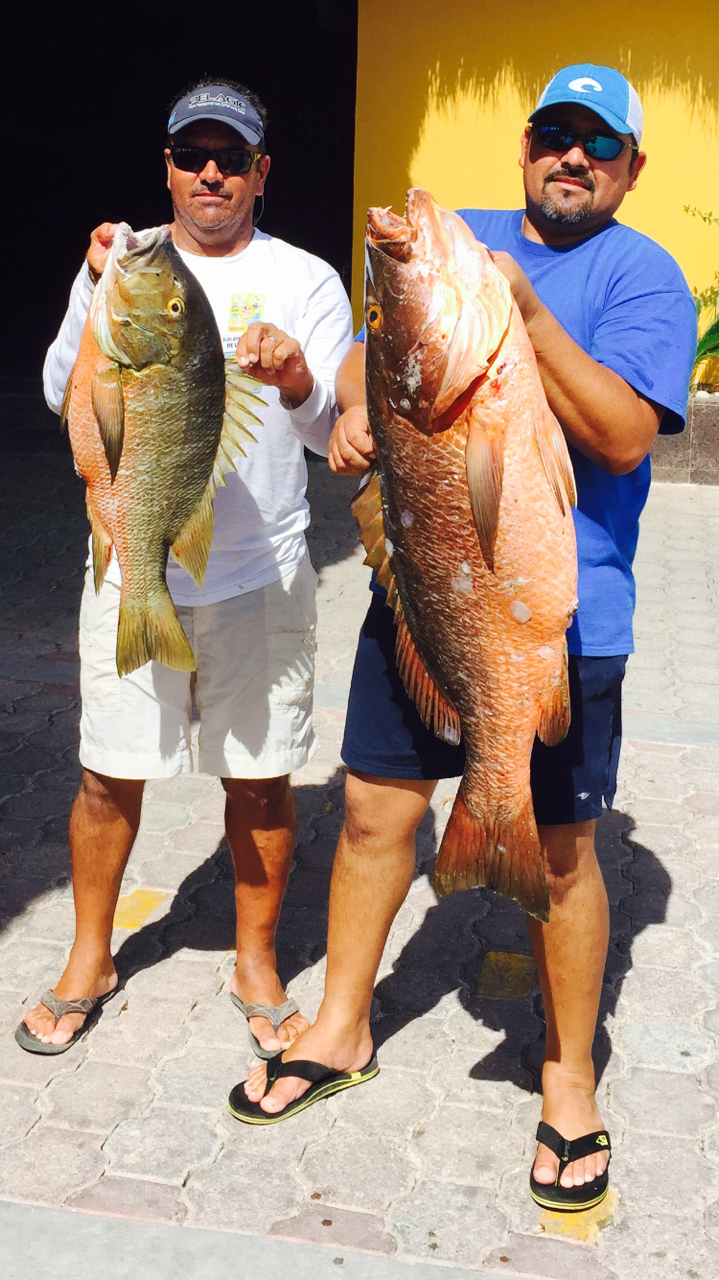 The crew on "La Hielera" showing off their two Pargo landed while anchored out front of the hotel! 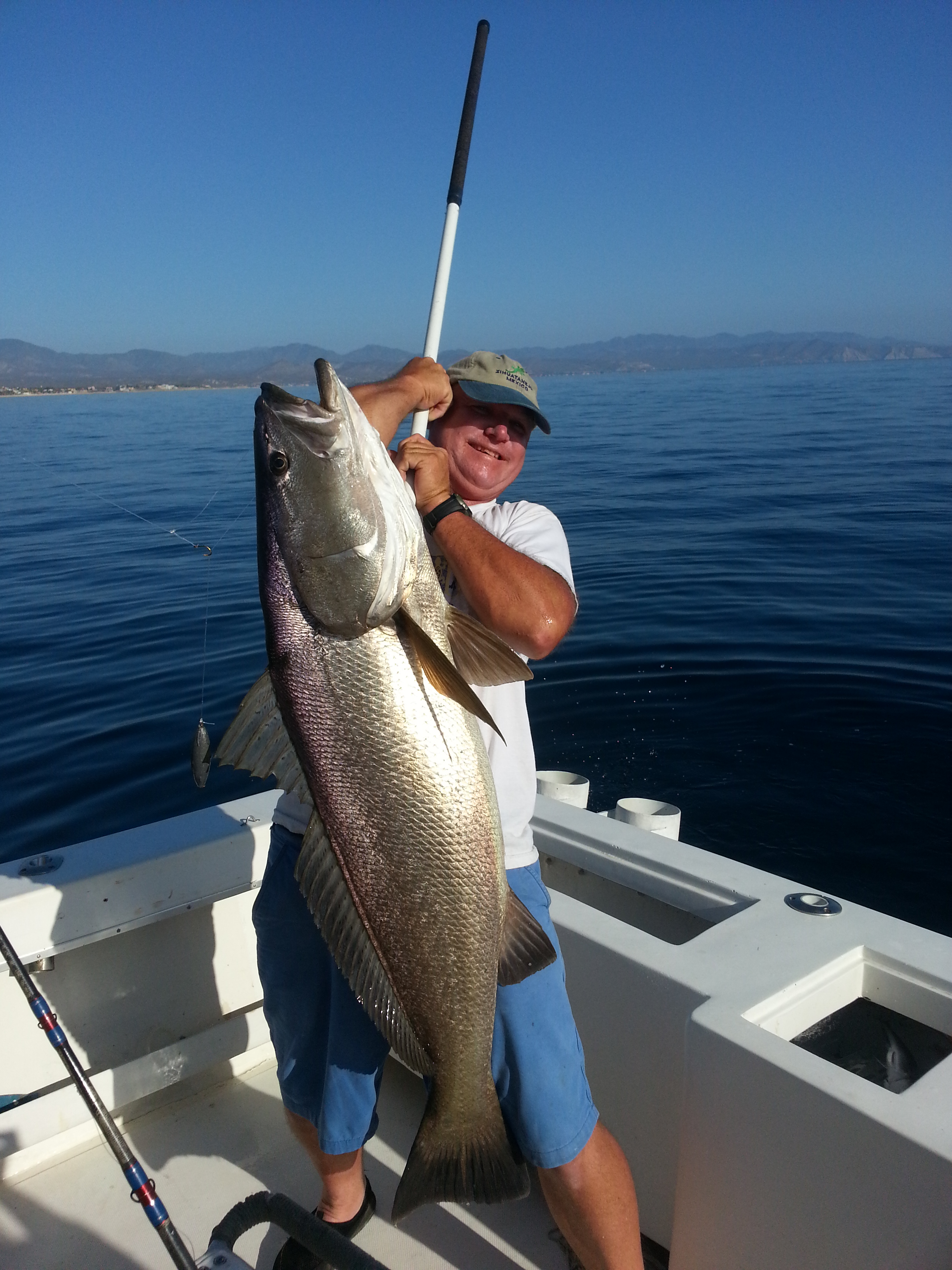 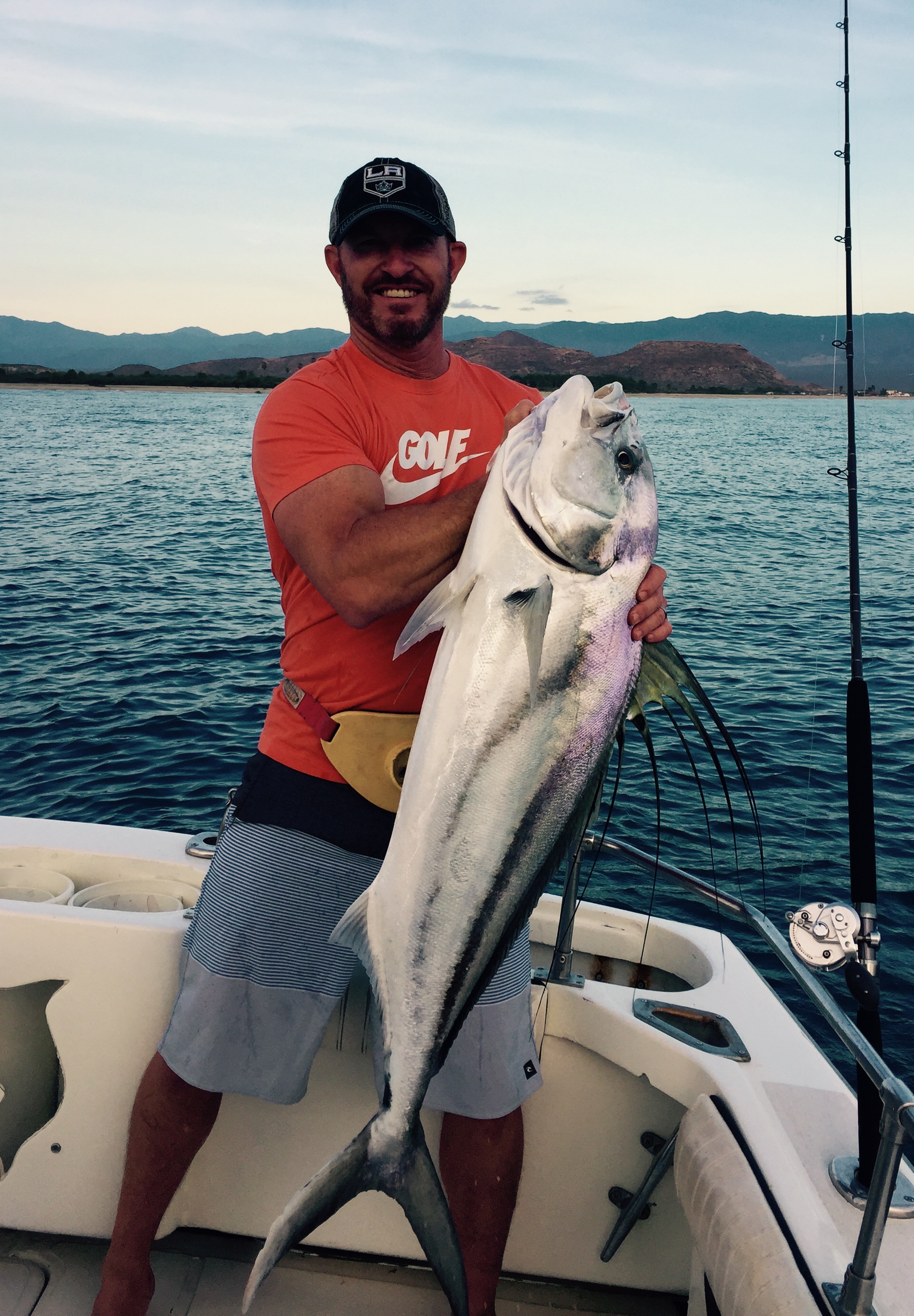 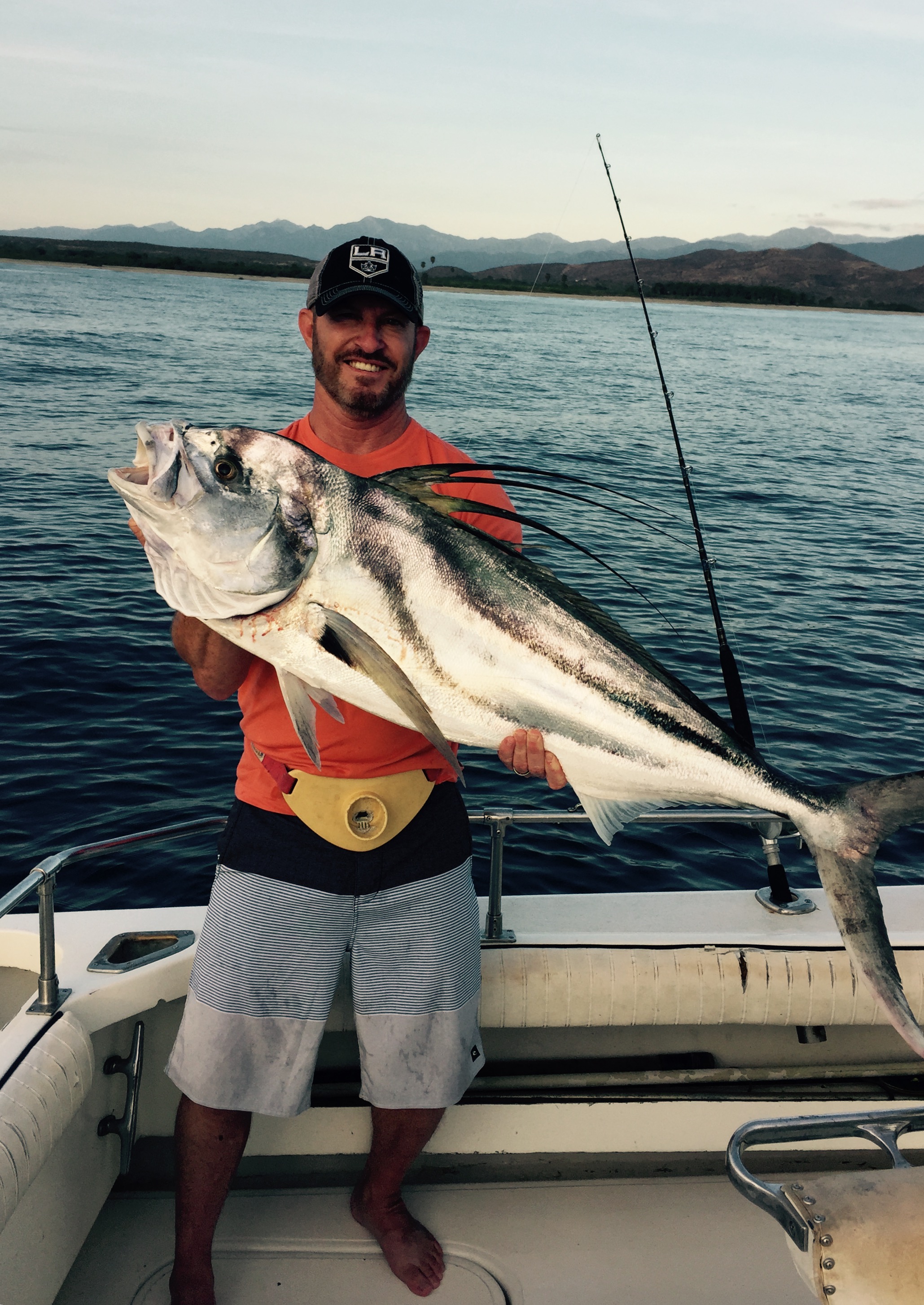 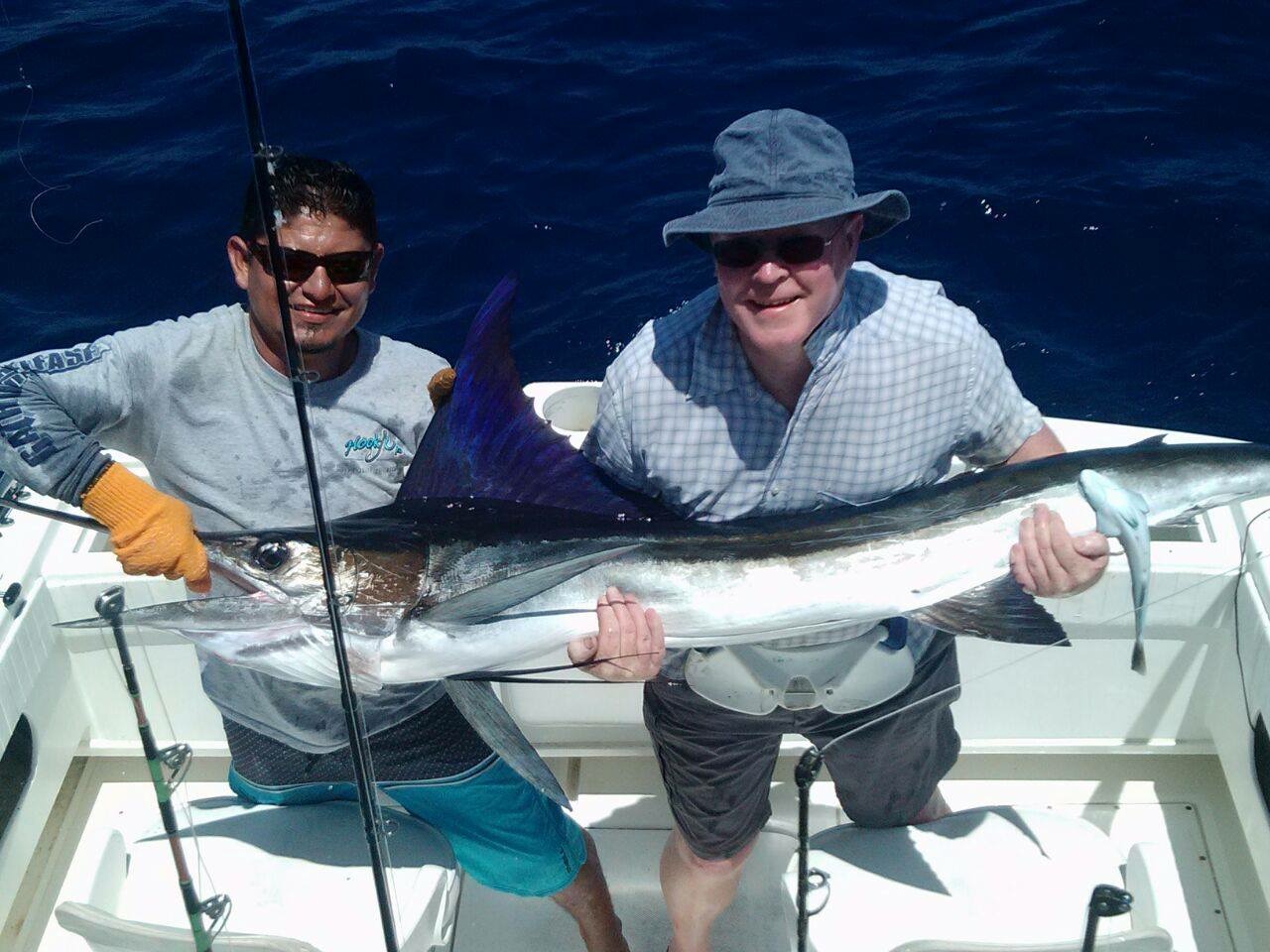 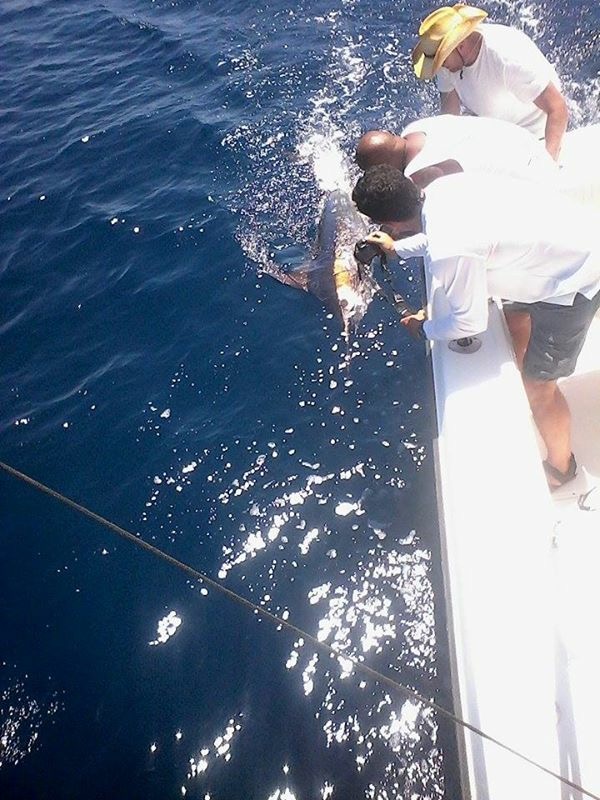 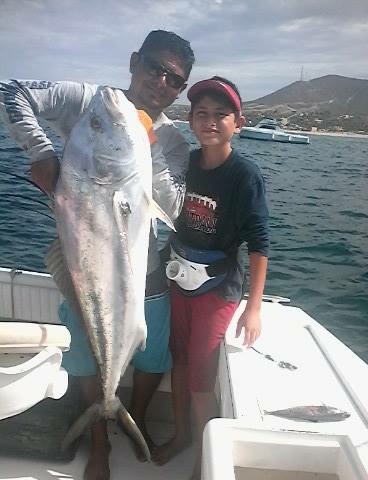 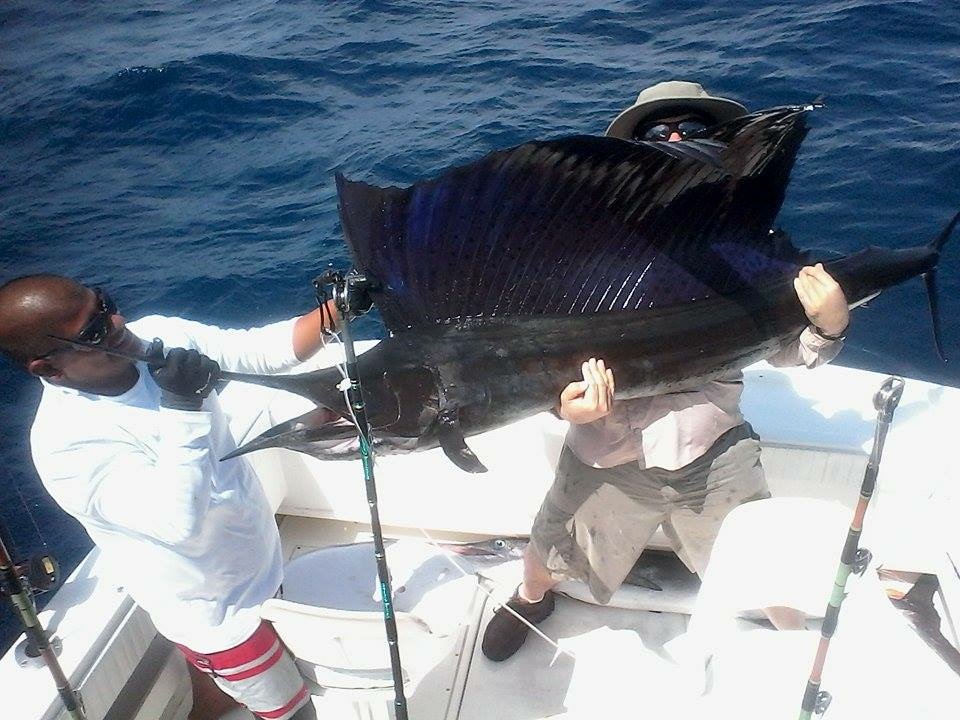 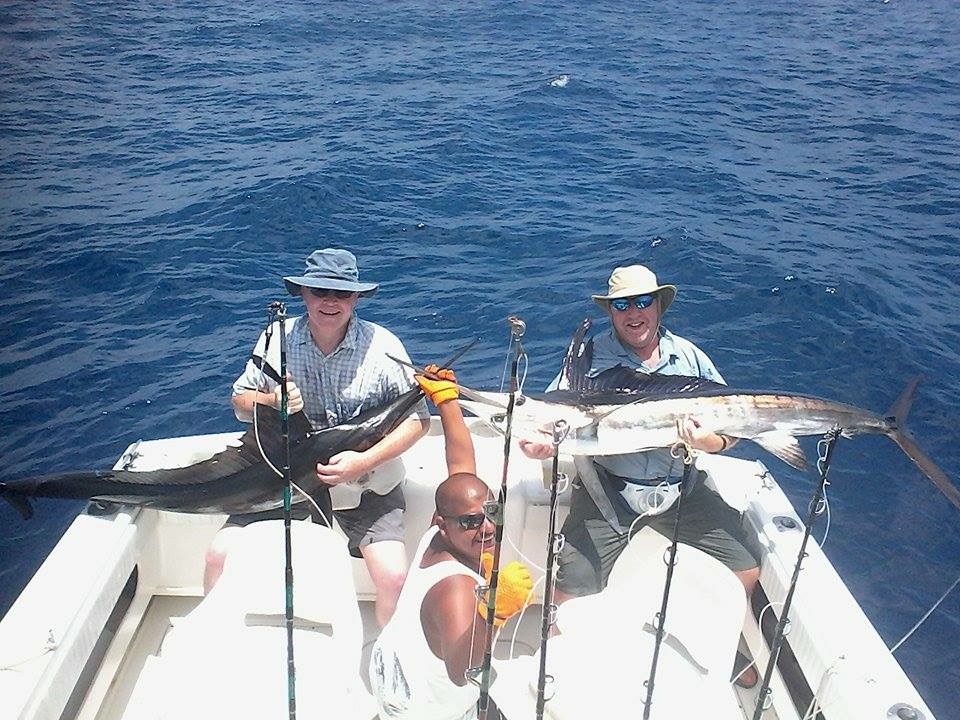 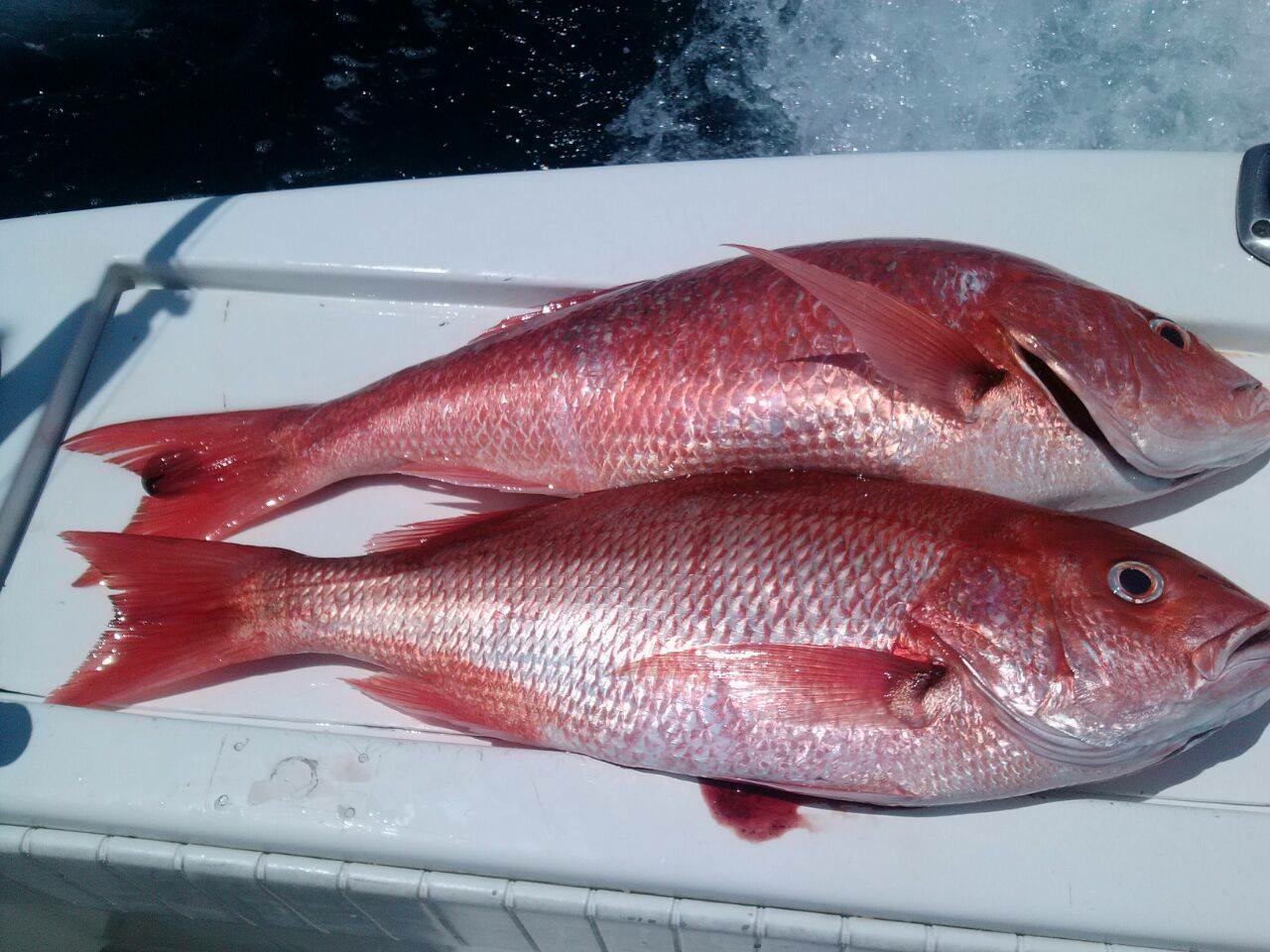